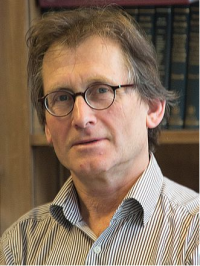 Ben L. Feringa obtained his PhD degree at the University of Groningen in the Netherlands under the guidance of Professor Hans Wynberg. After working as a research scientist at Shell in the Netherlands and at the Shell Biosciences Centre in the UK, he was appointed lecturer and in 1988 full professor at the University of Groningen and named the Jacobus H. van't Hoff Distinguished Professor of Molecular Sciences in 2004. He was elected Foreign Honory member of the American Academy of Arts and Sciences and is member and vice-president of the Royal Netherlands Academy of Sciences. In 2008 he was appointed Academy Professor and was knighted by Her Majesty the Queen of the Netherlands.

It was announced on 5 October 2016 that Feringa received the Nobel Prize in Chemistry, together with Sir J. Fraser Stoddart and Jean-Pierre Sauvage, for their work on molecular machines.